For Slovakia, the Alliance is a fundamental pillar of national security and defence. The country‘s strategic interest is transatlantic unity, credibility and the operational capability of the North Atlantic Alliance (NATO). Slovakia has therefore supported the Alliance‘s adaptation, as of June 2021, to security changes in the Euro-Atlantic area and has engaged in discussions on NATO‘s future Strategic Concept. In coordination with other allies of the Bucharest Nine Platform, it has promoted the adaptation of the Alliance‘s tasks pertaining to the new security challenges on its eastern flank. The Slovak Republic advocated for a deepening of the EU-NATO strategic partnership and the harmonisation of EU defence initiatives with NATO processes. 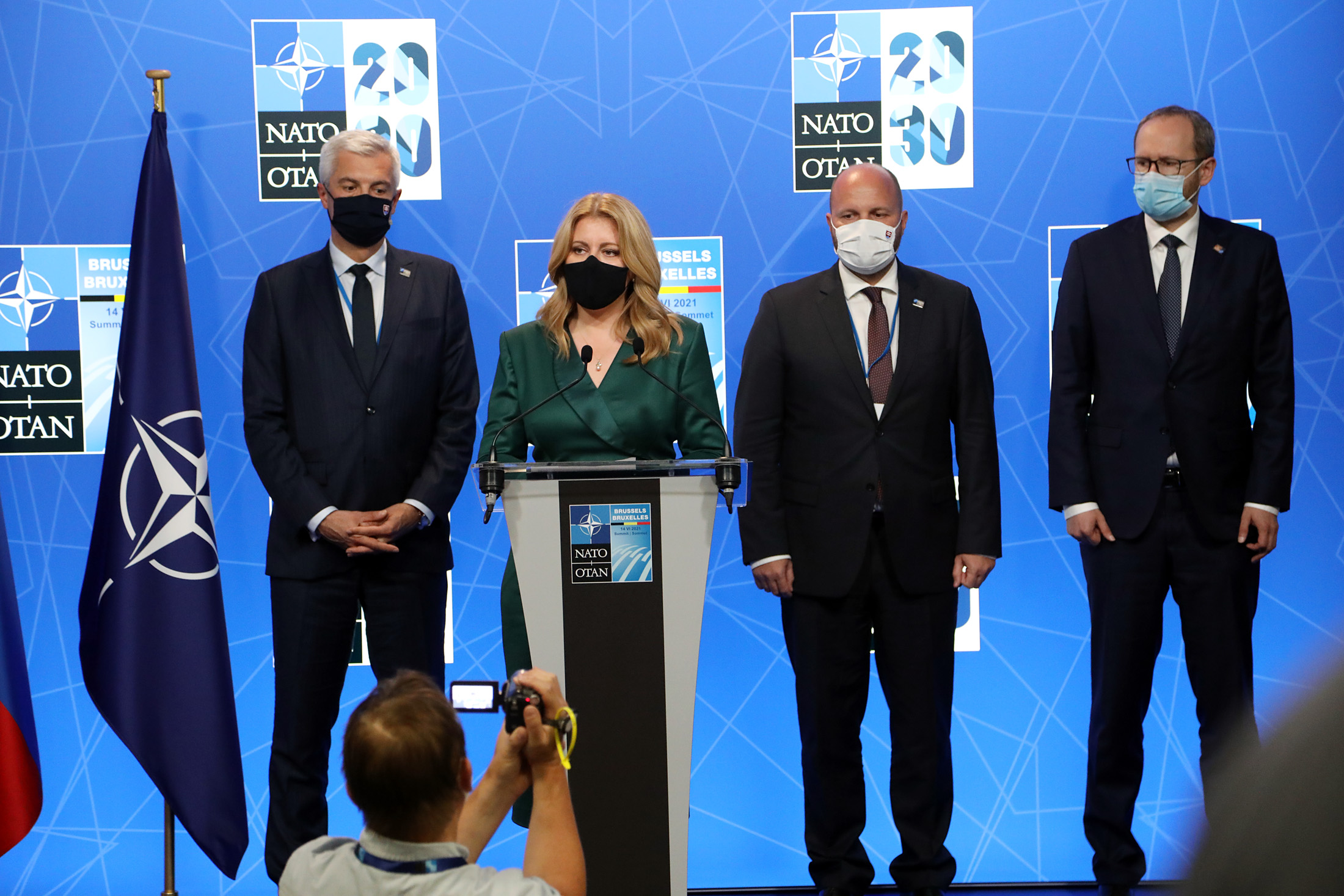 President Zuzana Čaputová at the North Atlantic Alliance Summit in Brussels on 14 June 2021. The leaders discussed the direction of NATO. (Photo: Office of the President of the Slovak Republic)

Although in 2021, there was a decrease in Slovakia’s defence spending due to the decline in GDP as a result of the pandemic, the modernisation and development of the military capabilities of the Armed Forces of the Slovak Republic continued. Slovakia continued to participate in the NATO Enhanced Forward Presence in Latvia (eFP) and in the NATO Training Mission in Iraq (NMI). Together with other allies, Slovakia ended its participation in the NATO Resolute Support Mission in Afghanistan in the summer of 2021.

Slovakia continued to support NATO‘s open-door policy and partnership building. Slovakia was in favour of the Euro-Atlantic aspirations of Ukraine and Georgia and strengthening the Alliance‘s practical cooperation with Ukraine. In August 2021, as the lead country, it successfully completed the NATO Trust Fund project in Ukraine for the destruction of unexploded ordnance and improvised explosive devices. We supported the enhancement of cooperation with Finland and Sweden in the area of Baltic Sea security, and also the dialogue with Asia-Pacific partners. From January 2021 (until the end of 2022), the Slovak Embassy in Tel Aviv has acted as the NATO Liaison Embassy in Israel.

Meeting of V4 Ministers with US Secretary of State Antony Blinken on current security issues, strengthening transatlantic cooperation, as well as the revitalisation of the North Atlantic Alliance, in Brussels, on 23 March 2021. (Photo: MFEA SR/Juraj Tomaga)

In October 2021, the Slovak Republic expressed its interest in joining the new NATO instruments under formation (DIANA, the civil and military innovation accelerator and the NATO Innovation Fund) aimed at promoting technological cooperation between the Allies.

The Slovak Republic continued to actively participate in the #WeAreNATO communication project. With the goal of increasing public support for NATO, it has strengthened public diplomacy activities and cooperation with think tanks.