This site uses cookies. Web browsing you agree with them. More information.

For the proper functioning of the portal you need to have javascript is enabled in your browser.

Today (January 23, 2020), Miroslav Lajčák, Minister of Foreign and European Affairs of the Slovak Republic, delivered his opening remarks at the third day of the World Economic Forum in Davos at an event focused on the current situation in Ukraine. The Ukrainian Prime Minister Oleksiy Honcharuk also spoke at the event and presented the current state of the political and economic situation in the country, with the aim of attracting new foreign investors to the country. Miroslav Lajčák expressed his support for the actions of the new Ukrainian administration led by Volodymyr Zelensky, who has been trying to stabilize the political and economic situation in the country and resolve the conflict in the East of Ukraine. Minister Lajčák also stated that it has been in the strategic interest of the Slovak Republic, as an immediate neighbour, for Ukraine to be an independent, democratic and prosperous country. He further laid emphasis on how critical the continuing support of the European Union is to Ukraine.

On January 22, 2020, Miroslav Lajčák, Minister of Foreign and European Affairs of the Slovak Republic, took part in three meetings with world economic leaders, during the second working day of the 50th anniversary meeting of the World Economic Forum in Davos. They engaged in the panel debates Europe on the Rise, Geopolitical Risks in the Unstable World, and The Need for a Dialogue in the Middle East and North Africa Regions.

Miroslav Lajčák Discusses the Future of Europe in Davos

Today (January 21, 2020), Miroslav Lajčák, Minister of Foreign and European Affairs of the Slovak Republic delivered his remarks as one of the speakers in the panel discussion The State of the World: Quo Vadis? at the 50th meeting of the World Economic Forum (WEF) in Davos. The panellists presented their positions on the current economic uncertainty in the world, which has been influenced by recent geopolitical developments. In line with the mentioned theme, Miroslav Lajčák in his remarks focused on the roles that Europe should play in the process of creating a new world order, including innovations, leadership and establishing necessary standards.

Miroslav Lajčák Takes Part in the FAC Meeting in Brussels

Today (January 20, 2020), Miroslav Lajčák, Minister of Foreign and European Affairs of the Slovak Republic, took part in the meeting of the Foreign Affairs Council (FAC) of the EU in Brussels.

Miroslav Lajčák Speaks at the IHRA Ministerial Meeting in Brussels 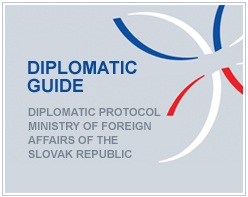